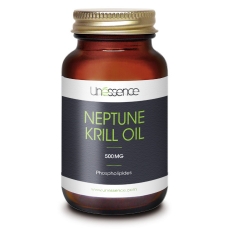 The brain is composed of 60% fat. Omega 3 is made up of 2 essential fatty acids, DHA and EPA, which are essential for the development of the brain in newborns and children but also in adults.

As a major constituent of the brain (nearly 60%), Krill phospholipids differ from classic Omega 3 in terms of effectiveness. They regulate the cerebral faculties and stabilize the emotional balance.

To explain the importance of Krill specific fatty acids in brain growth, Michael Crawford, biochemist and director of the Institute of Brain Chemistry and Human Nutrition at Imperial College of North London, reminds us that for a child's brain to mature, it absolutely needs essential fatty acids found only in fish oils.

Krill phospholipids containing DHA and EPA are truly the raw material of the brain. They truly nourish the brain cells and in particular :

The essential fatty acids DHA and EPA have distinct and respective functions :

Our diet has changed considerably over the last 150 years. It has moved from a consumption dominated by Omega 3 type fats to an increasingly important intake of Omega 6 type fats. This leads to the appearance of a systemic "pro-inflammatory" ground on the whole organism and especially the brain. However, this one contains mainly Omega-3 incorporated in phospholipids identical to those found in Krill.

Cell membranes rich in phospholipids rich in DHA + EPA allow cells to communicate better with each other. The messages sent are clear, transmitted at the right speed and correctly received. This is important because recalling a memory or creating an idea or concept requires and mobilizes the cooperation of several areas of the brain. The presence of phospholipids allows the emergence, transport and transmission of the memory or idea from one neuron to another without loss due to insufficient transmission speed.

The superiority of Krill compared to simple classic Omega 3 lies in its greater bioavailability and optimal assimilation by brain cells thanks to the EPA+DHA (fatty acids) linkage incorporated in phospholipids mimicking brain cells.

Conventional omega-3 fish oils, on the other hand, contain DHA + EPA incorporated in triglycerides that are much less suitable for incorporation into brain structures. Liver intervention will be necessary in order to incorporate DHA + EPA into long chains of phospholipids. This requires an important workload, time, but above all optimal liver functions.

What distinguishes the long chains of highly unsaturated fatty acids found in krill from fatty acids with mono or polyunsaturated chains is the very high fluidity of the membranes. These allow ideal neurotransmission, recall of memories, ideas and emotional balance.

The results of scientific studies show us precisely the superiority of Krill for the incorporation of fatty acids in the brain: Krill is 2.5 times more bioavailable than the fish oils available on the market.

DHA is the most important and longest lasting unsaturated fatty acid in the brain. It accounts for 25-35% of total brain fat. Krill phospholipids significantly increase the number of synaptic vesicles. They also represent 60% of the retina.

In stress, the administration of DHA (one of the two fatty acids) influences behaviour and levels of catecholamines (molecules of alertness and adaptation to stress). The plasma adrenalin/norepinephrine ratio is significantly higher in the DHA group (78%).

Scientific research has recently made it possible to elucidate certain mechanisms of DHA+EPA fatty acids.

These stimulate the production of natural molecules by the body called SPM (pro resolvin mediators). These are made up of resolvins, protectins, lipoxins and tidesins. They are found in the adipose tissue and play a fundamental role as mediators in the resolution of inflammation in the brain, the adipose tissue and the organism as a whole. 5